This was Ron's car.

On its way to the Albi circuit for the upcoming round of the FFSA GT Championship, the car became a victim of a fire that consumed the transporter, the car, and much of the team's equipment and spares.

Luckily the team also owns chassis #004 and will work hard to get it ready for the remaining rounds of the LMS, FFSA GT, and FIA GT championships.

This car was built in 2006 and was run by the factory Corvette Racing team as the #3 car in the ALMS (#63 at Le Mans) that year, as well as a couple races in 2007. Luc Alphand Adventures purchased the car in 2008 and has run it successfully in many of Europe's great sports car racing series.

Yuck! That is too bad.

Loved that Car. Glad I still have my tribute to it. 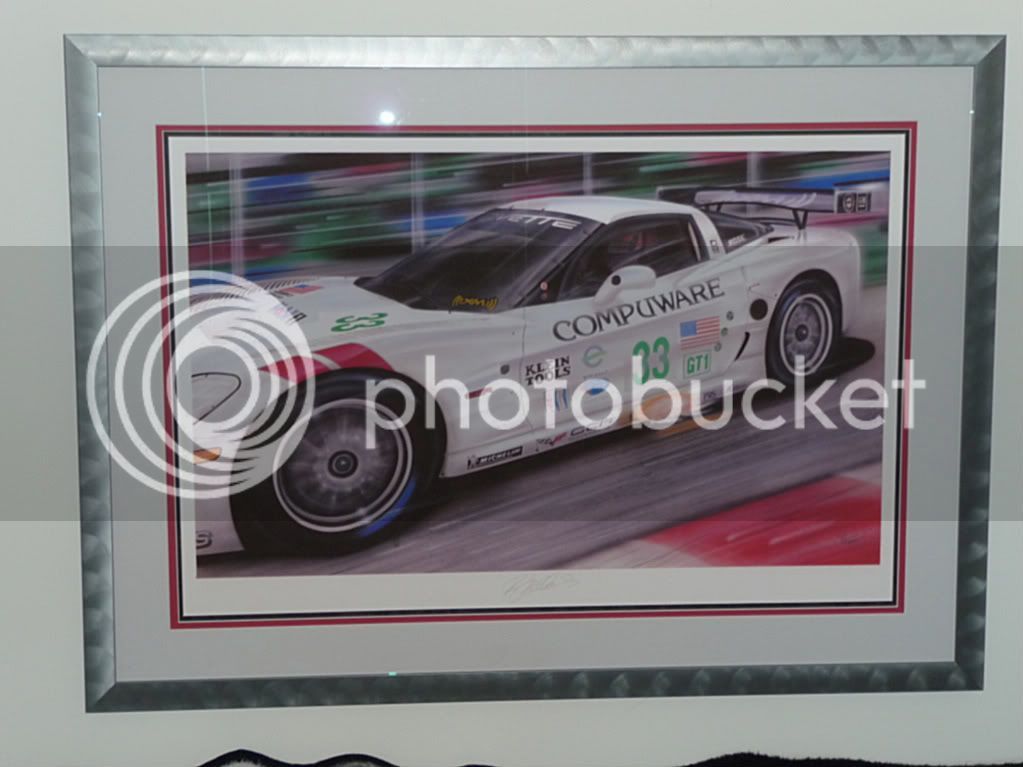