Well almost , Larry dropped off his 08 C6 for some headers and to re-install the Vararam . The car was dropped off at our Charity Show . After the show , I had some time to fix a door for Terry's 85 C4 and Steve (Zweapon ) had a rear can that came off the hanger , something about later Gforce causing it .

Here is the evidence 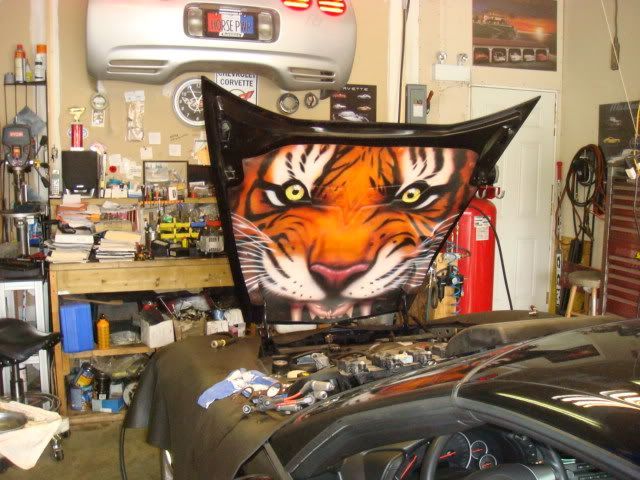 Thx Larry , the ZR1 spoiler will go on Sunday morning

Thanks for the door hinge fix Manny.
J

Nice Manny......good choice of mods.
Tunnel plates are a no brainer....especially on C5's.
Now all he needs is a tune to harness that extra power availability.
Show hidden low quality content

T
Borla x-pipe is on.