A couple local kids were in this week for their Vararams. 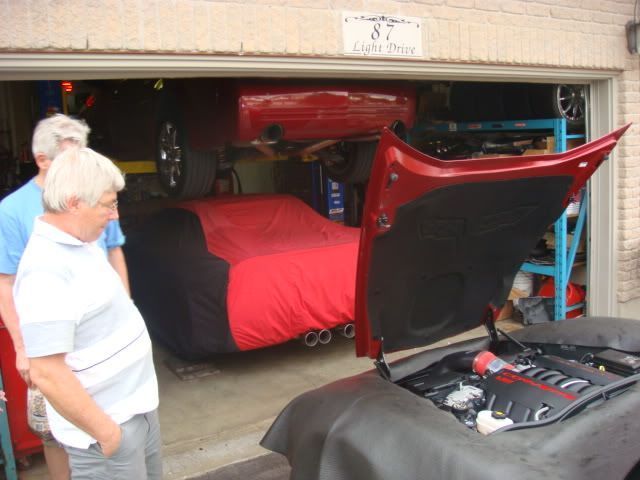 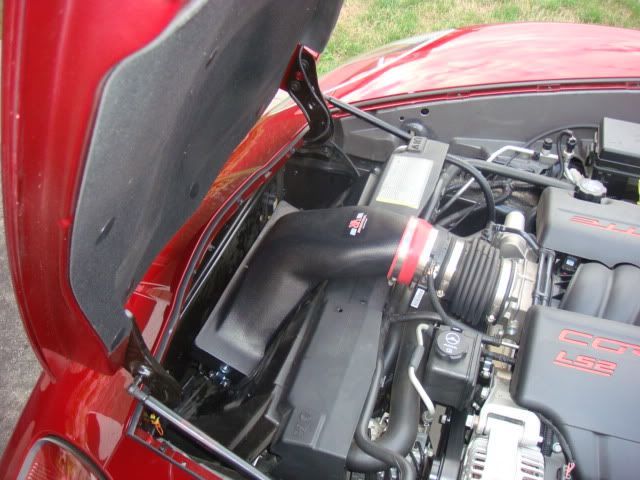 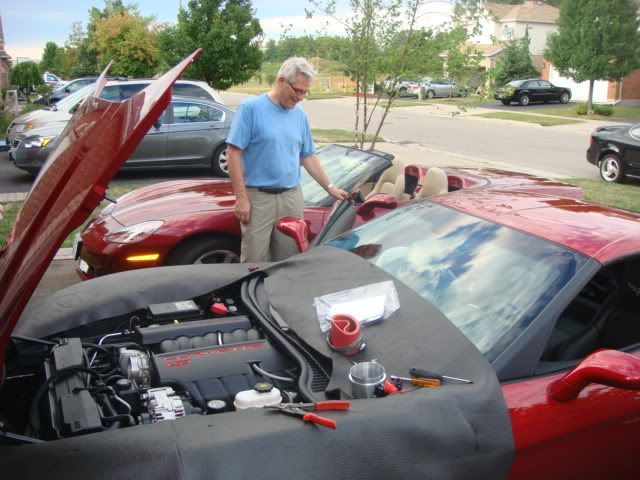 Best bang for the buck mod on the market

Hey, I've seen those guys too. Looks like they were in very capable hands.

So I made my venture to see Manny, think i picked the worse day cause there was fires on the 401 and accident every 1000 meters .. think I used 1st gear most of my drive

Meeting up with Manny was Great! he installed that Vararam like I put my pants on in the morning (ok some tired mornings i won't count! LOL)

I got a chance to pick at Manny's brain on what mod's to do or not to do. Also he was good enough to test a Z06 size rim on the rear of my C6, have to say GREAT looking rims but without the wide body just looks like a 70's Camaro LOL

Such a Nice guy that knows his stuff and good enough to share the info with you!

NOW here's a Hint for anyone that got a Vararam, if you want to see if there is a difference of the before and after getting one, DON'T go for a rip in Manny's Car!!!! Nasty just doesn't cover how powerful that machine is!! I got in my Vette afterwards and felt like i was leaving in a stock Chevette LOL.. I have Borla, but sounded so quite and the power, not even a discussion!

Manny that beast is JUST CRAZY!! I couldn't own a machine with power like that, i wouldn't have a lic very long if i did

Anyway, was a Pleasure meeting up with ya Manny!! And thanks again for the deal and the stains in my underwear from the test drive

Glad you like the VaraRam. Great intake. and yeah, Manny makes it look easy. He's done a few -- I can tell.

Glad you had a great time . James I usually supply a pair of depends when I take someone for a ride ,oops my bad LOL

Nasty98 said:
Glad you had a great time . James I usually supply a pair of depends when I take someone for a ride ,oops my bad LOL

Looking forward to having you back for a round of power mods
Click to expand...

Would definitely come back for more mod's .... Just where to start is my problem lol..

well, and as we discussed the great thing about having your own business is the mafia (also know as our gov) tells you you owe money even when you do things right and pay in full, they find ways to rape you for a ridiculous amount of more money

So my mod plans are on hold for now to see how much more i have to grease the mafia's palm's to go away.....

Manny I'm coming for one of these intakes in the spring!! the shitty carbon fibre one isn't helping at the track! lol

Miggs said:
Manny I'm coming for one of these intakes in the spring!! the shitty carbon fibre one isn't helping at the track! lol
Click to expand...

Hey Miggs , great to hear from you .

It would be my pleasure to hook you up with a Vararam .

See you in the spring

cant wait buddy , needs to get a couple more horses for the track without killing my wallet lol

Love my Vararam, thanks Manny

Got to meet up with C6 Dad -- Maybe at the 4TH Annual Cambridge Coping Center Corvette Charity Show in May.....

I was looking to see who it was that just joined in and see that you've been a member since July of '10!

Got to get you to post more often and tell us what's up.

Cheers, hope to see you in May.
C.

Oh yeah, the VaraRam -- Manny got one for me too and I love it.
Expand
C6 Monterey Red Vert - VaraRam intake, Corsa Sport

Looking forward to meeting up with you (CCO) and the gang...and yes I promise to post more often, cheers
gjd
Show hidden low quality content

How My 'Vette Found Me