You are using an out of date browser. It may not display this or other websites correctly.
You should upgrade or use an alternative browser.
Featured Thread

Reskined my seats over the winter, but this week I found that the driver side kidney bolsters would no longer inflate. My initial investigation revealed a hissing sound coming from one side when I would try to inflate them. I decided to open up the seat to see what was leaking. I pulled the center cushion down, and then removed the pin clips on one side. 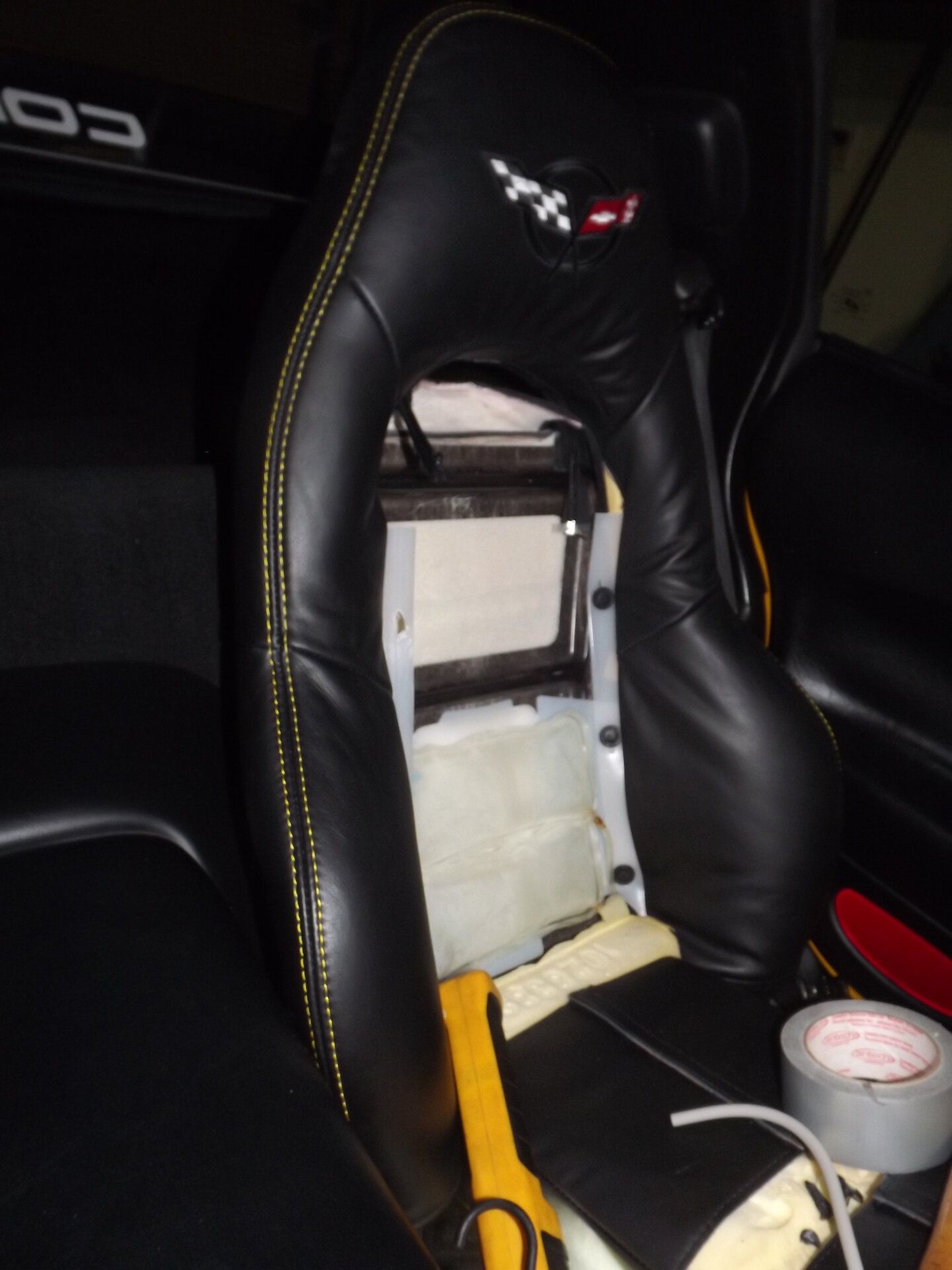 Pulled back the side skin, then the foam, and pulled the wing holding the bladder out. 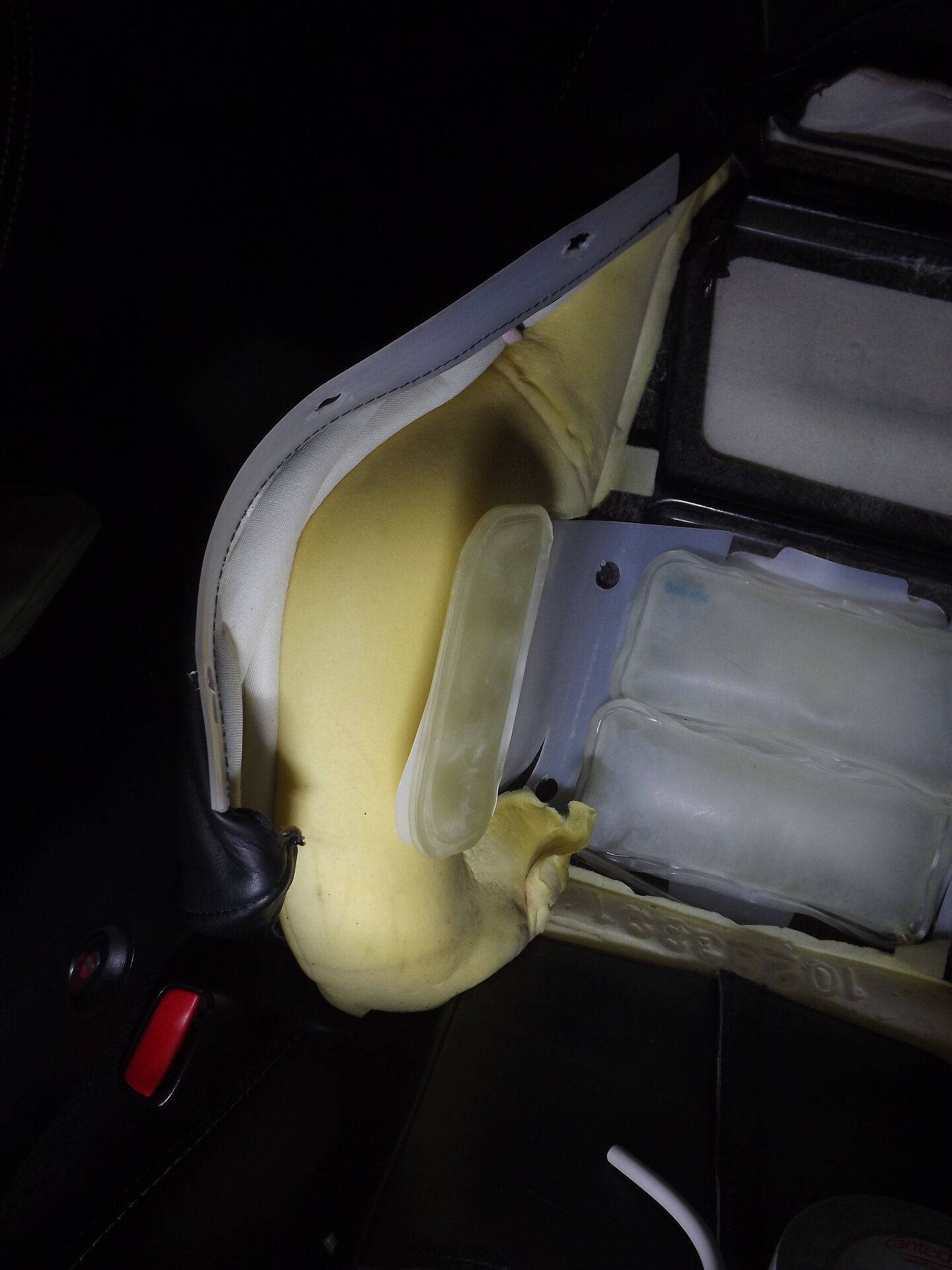 The bladder had a hole in it, right where the strap that secures it to the wing is thermo welded. There's no repairing this. 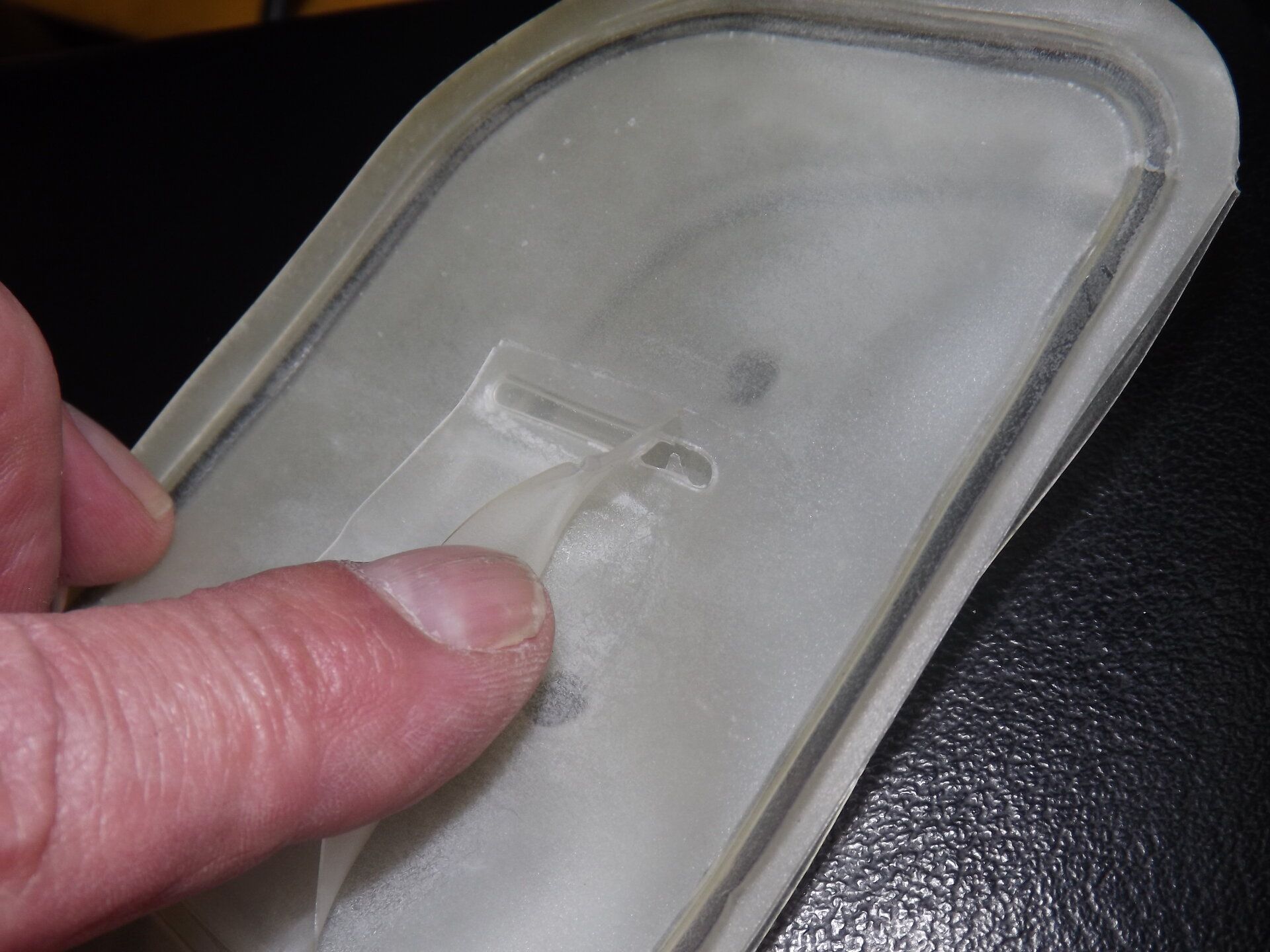 I had read around the internet that some folks had replaced these with bladders from blood pressure cuff bladders, so I set out to my local pharmacy to find one. They had two mediums in stock, so I decided to buy both. I figured I would just change both, since I don't know how long the other bladder would last. Also, I wasn't sure if it would feel the same having to different bladders, so I figured this would even things out. Here's the model I found.

Medium turns out to be plenty big enough. I started by cutting along the stitch line at one end of the nylon casing. There's not much room between the edge of the bladder and the stitching, so stay on the stitching, or else you'll nip the bladder and it be useless. I then cut down the length of the backside to expose the bladder. The hose is plenty long enough, so you can just nip off the plastic fitting at the end, and pull it through the hole in the casing.

When removing the old bladders, pay special attention not to damage the T nipple where the main air supply splits to the two bladders. I used a pair of side small cutters to nip the side of the hose thinner, and then managed to slip it off. The hoses on these cuff bladders fit perfectly onto those nipples. Do not try to slice the old hoses off either, since that will score the plastic, and then you'll just get a slow leak past the barbs. It's a PITA job, but take your time, otherwise, you'll be out looking for a new T nipple. 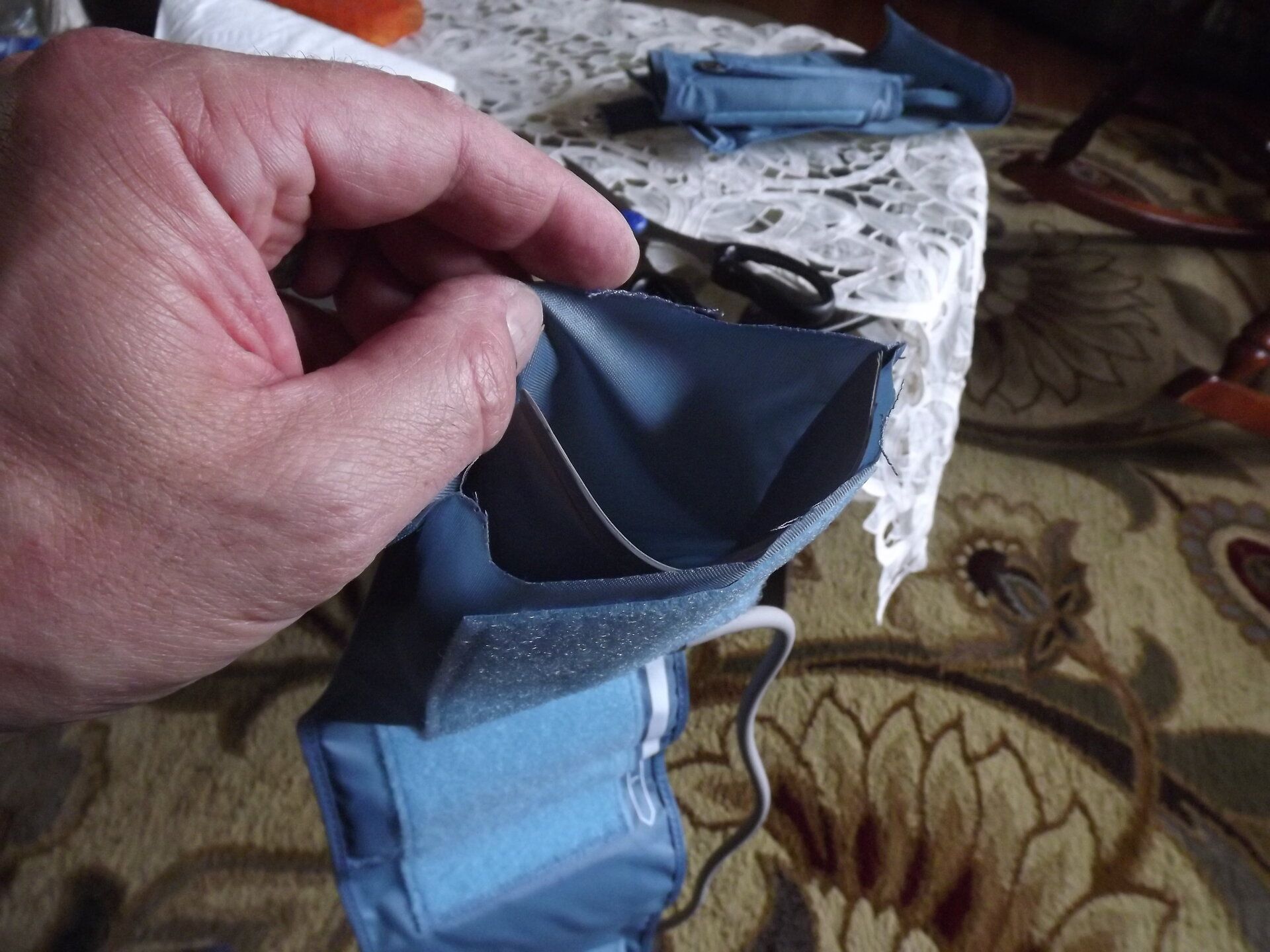 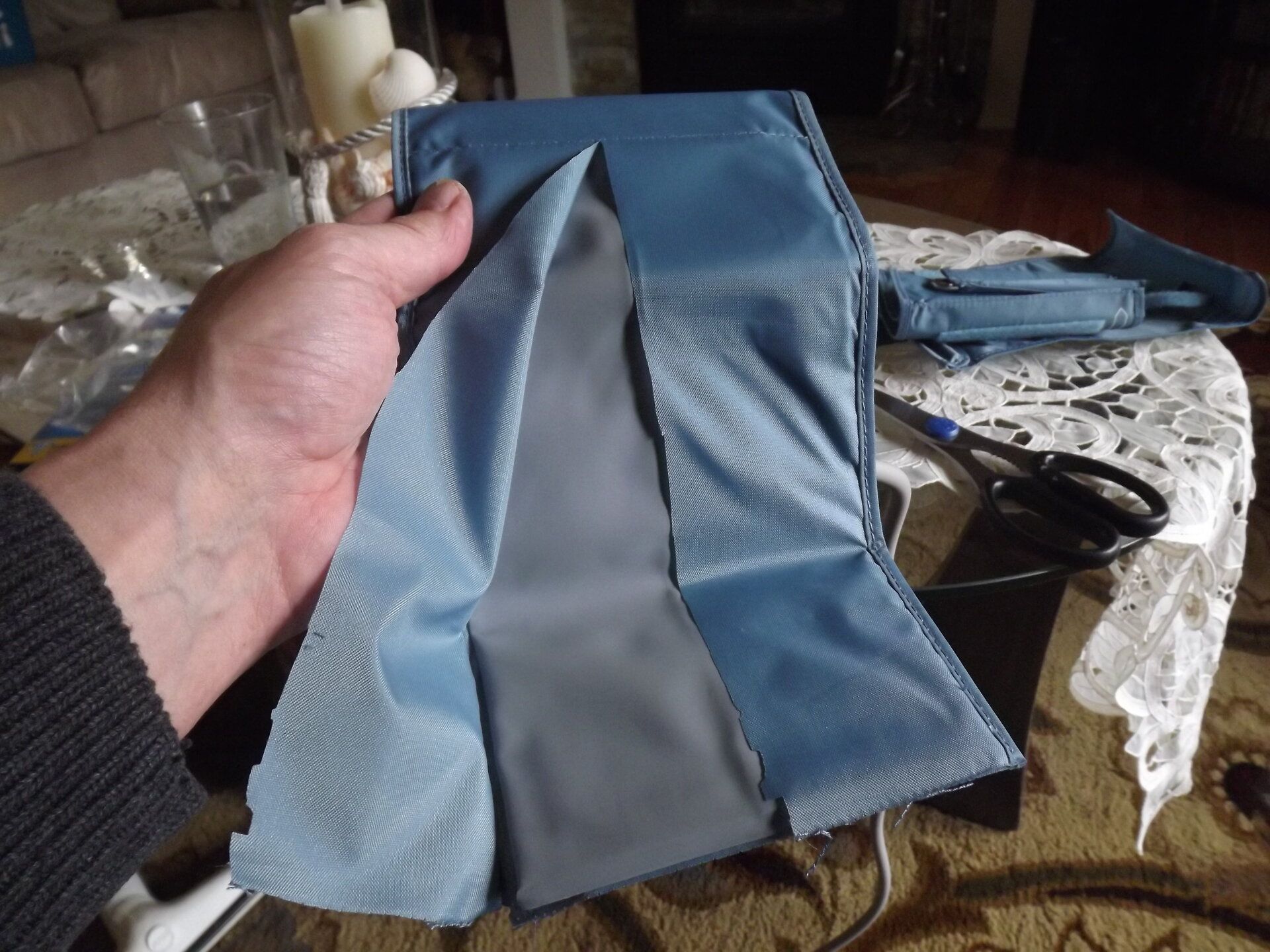 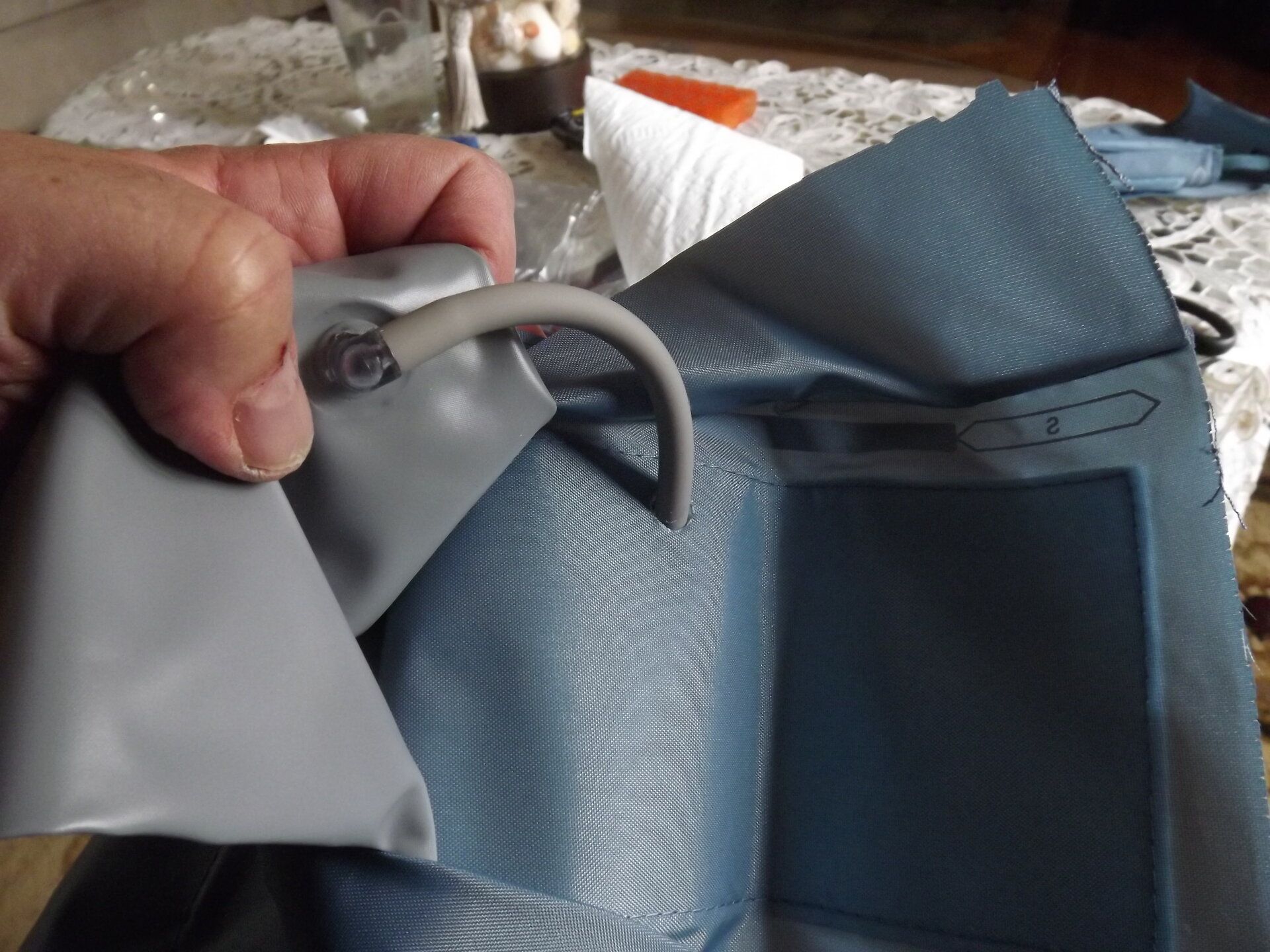 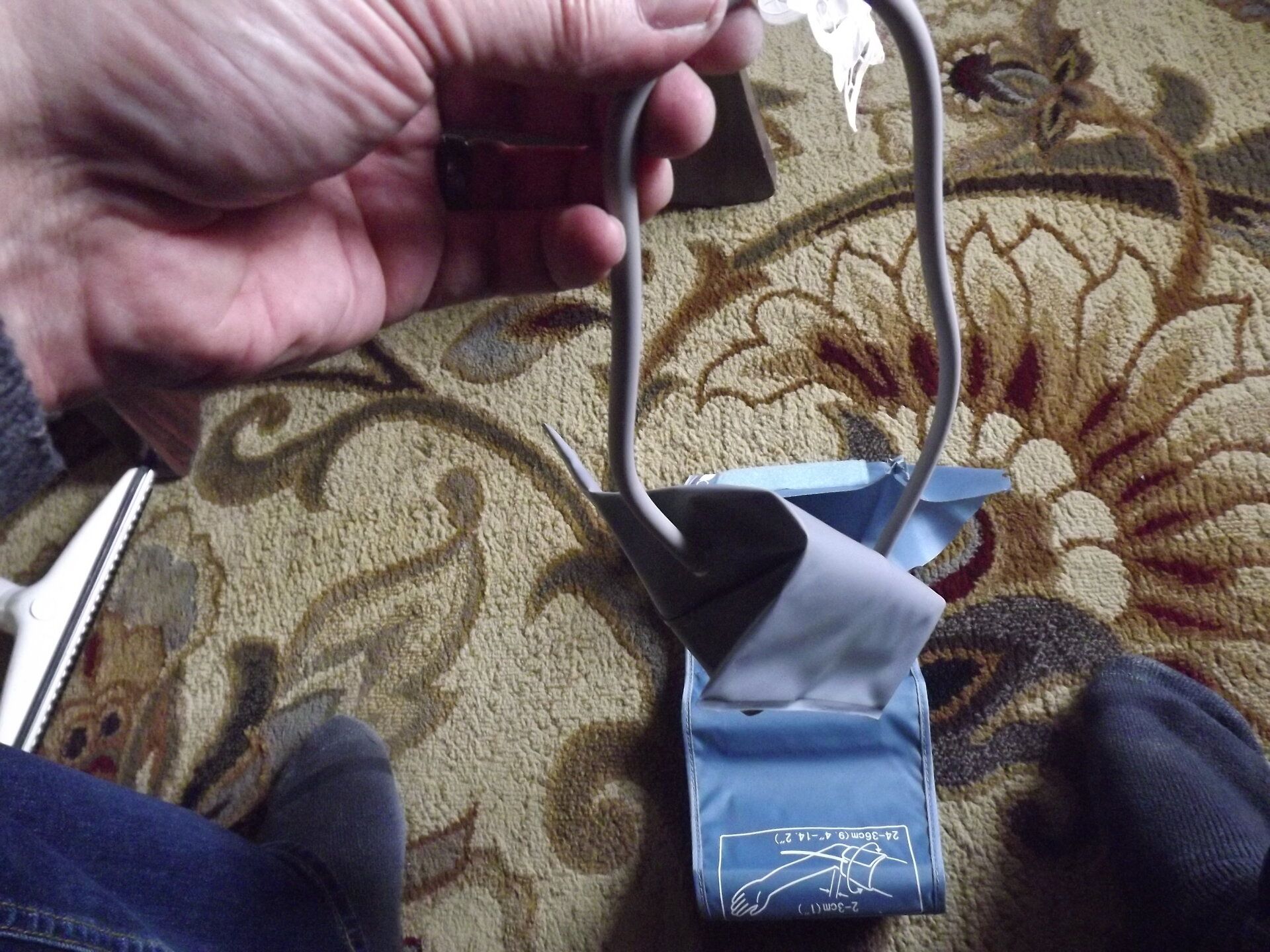 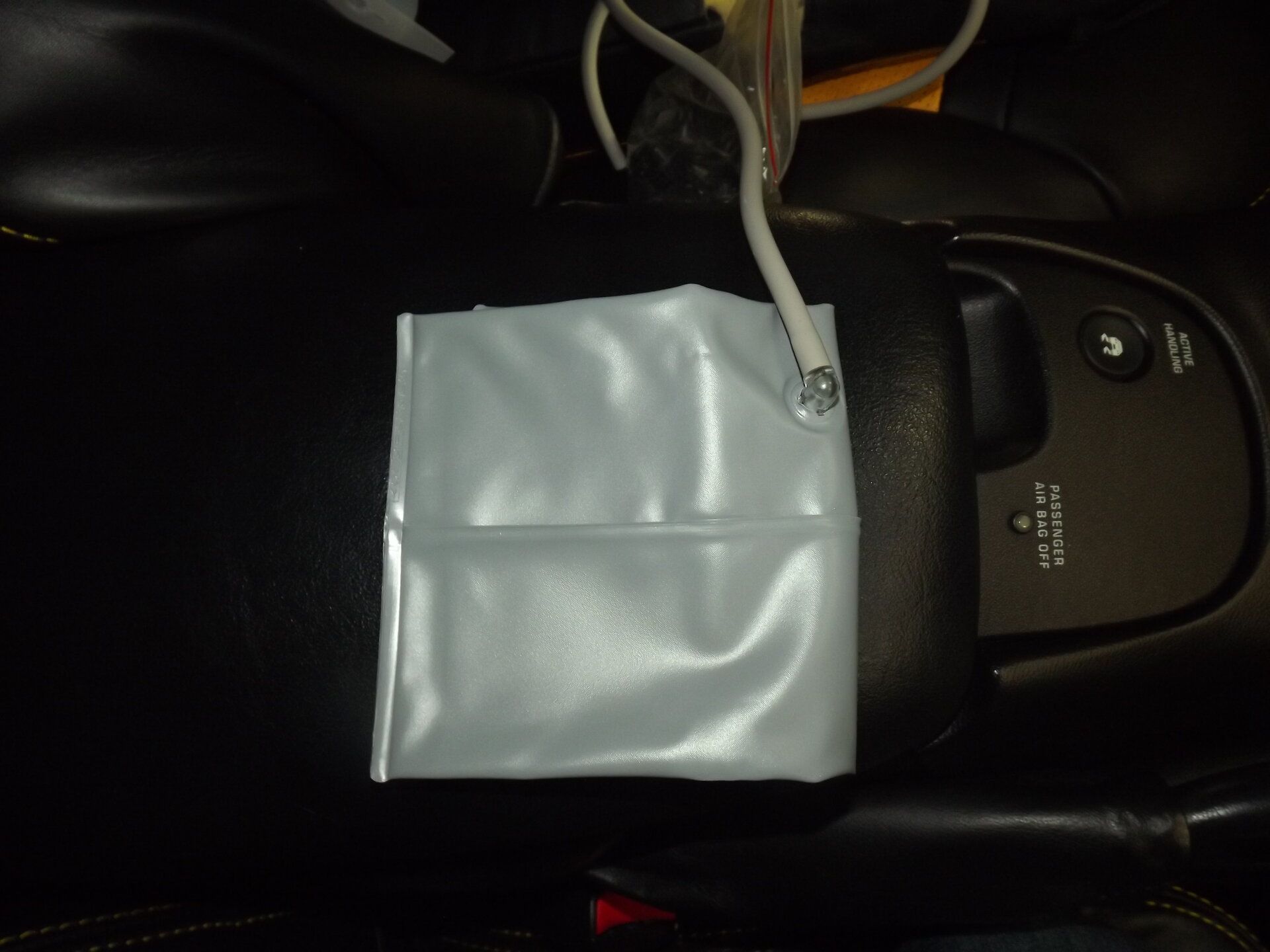 I then cut a piece of tape about a foot long, and laid the bladder, centered on the tape on top of it. Note the position of the tape in relation to the length of the bladder. 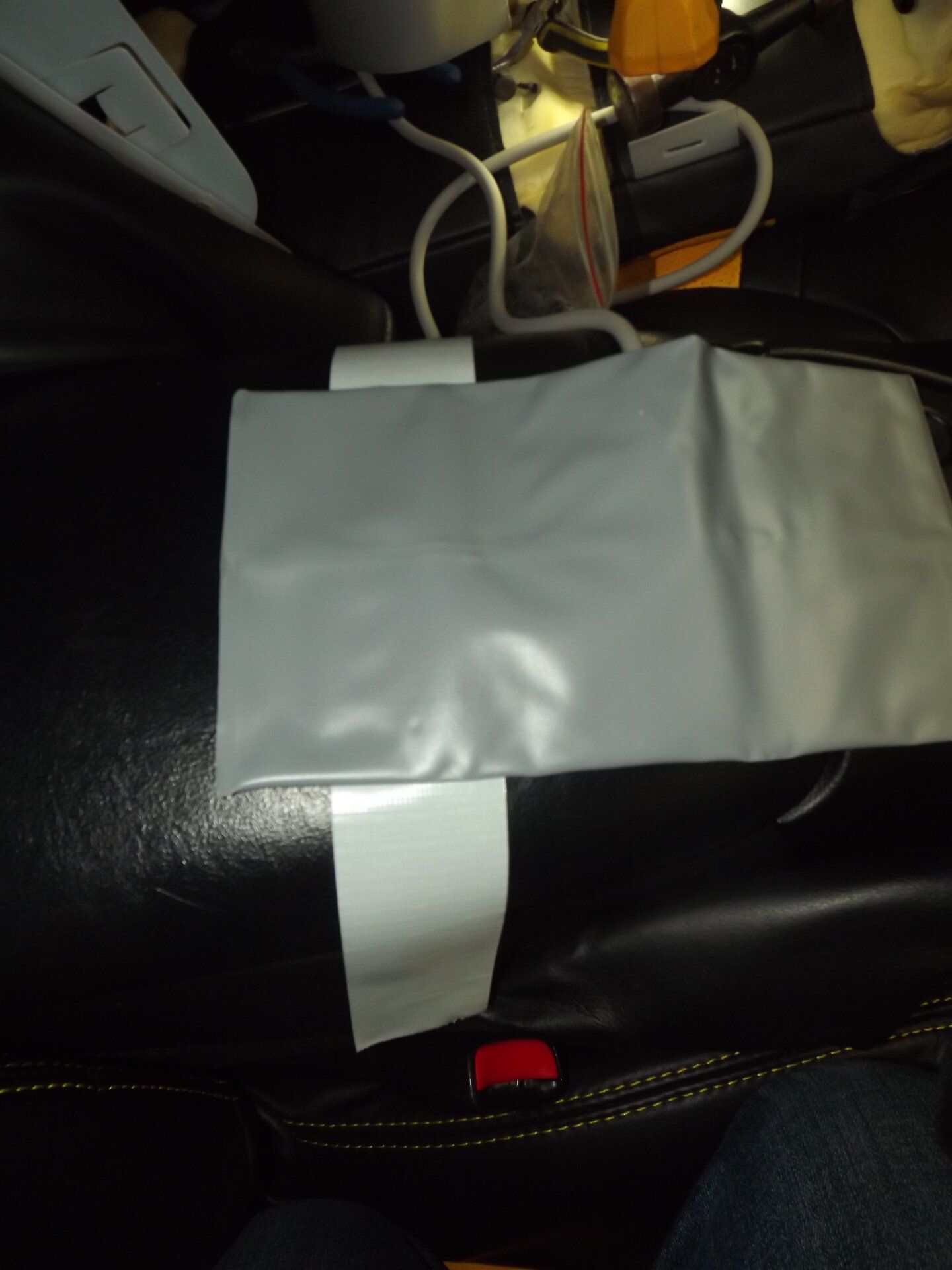 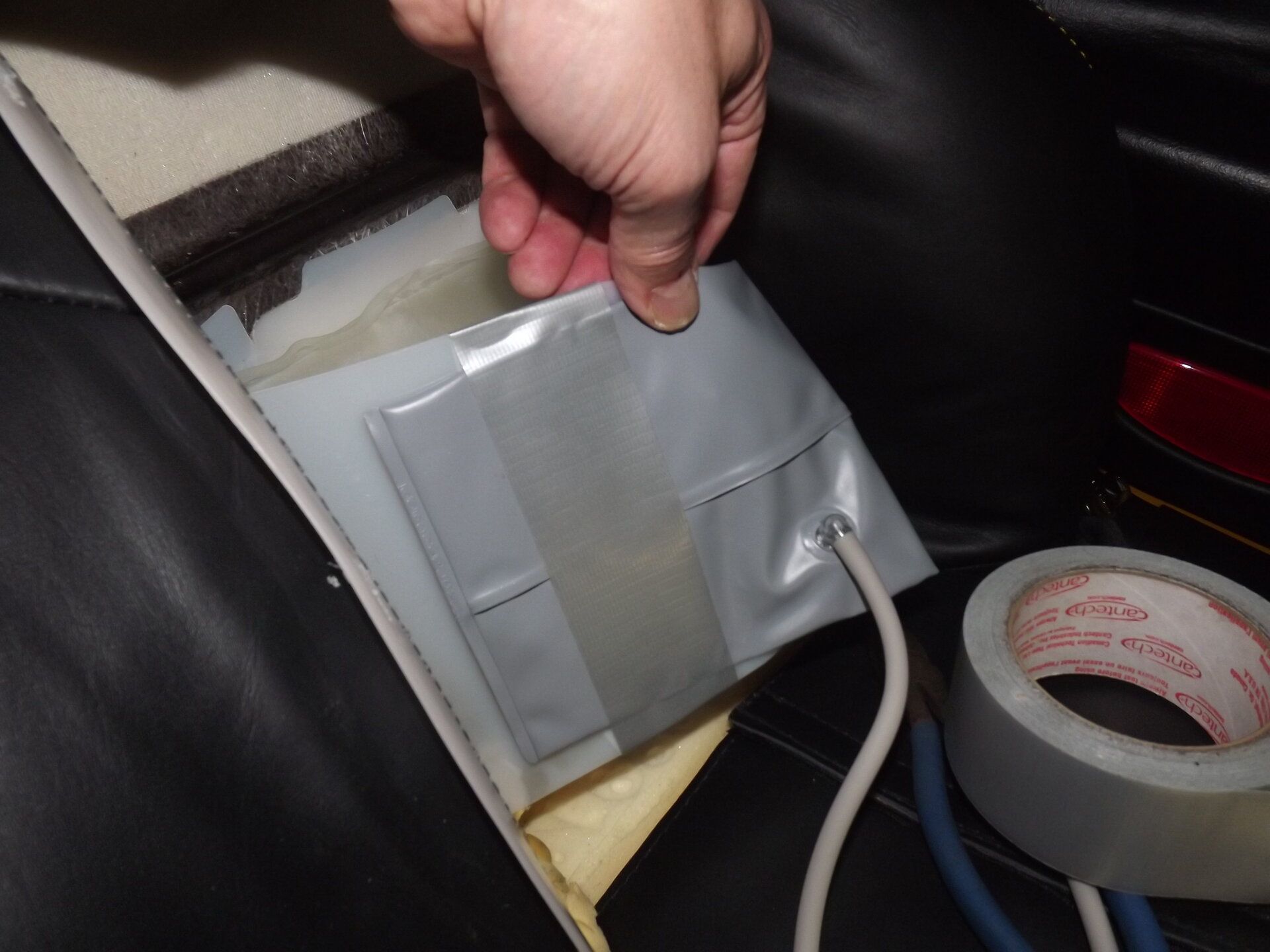 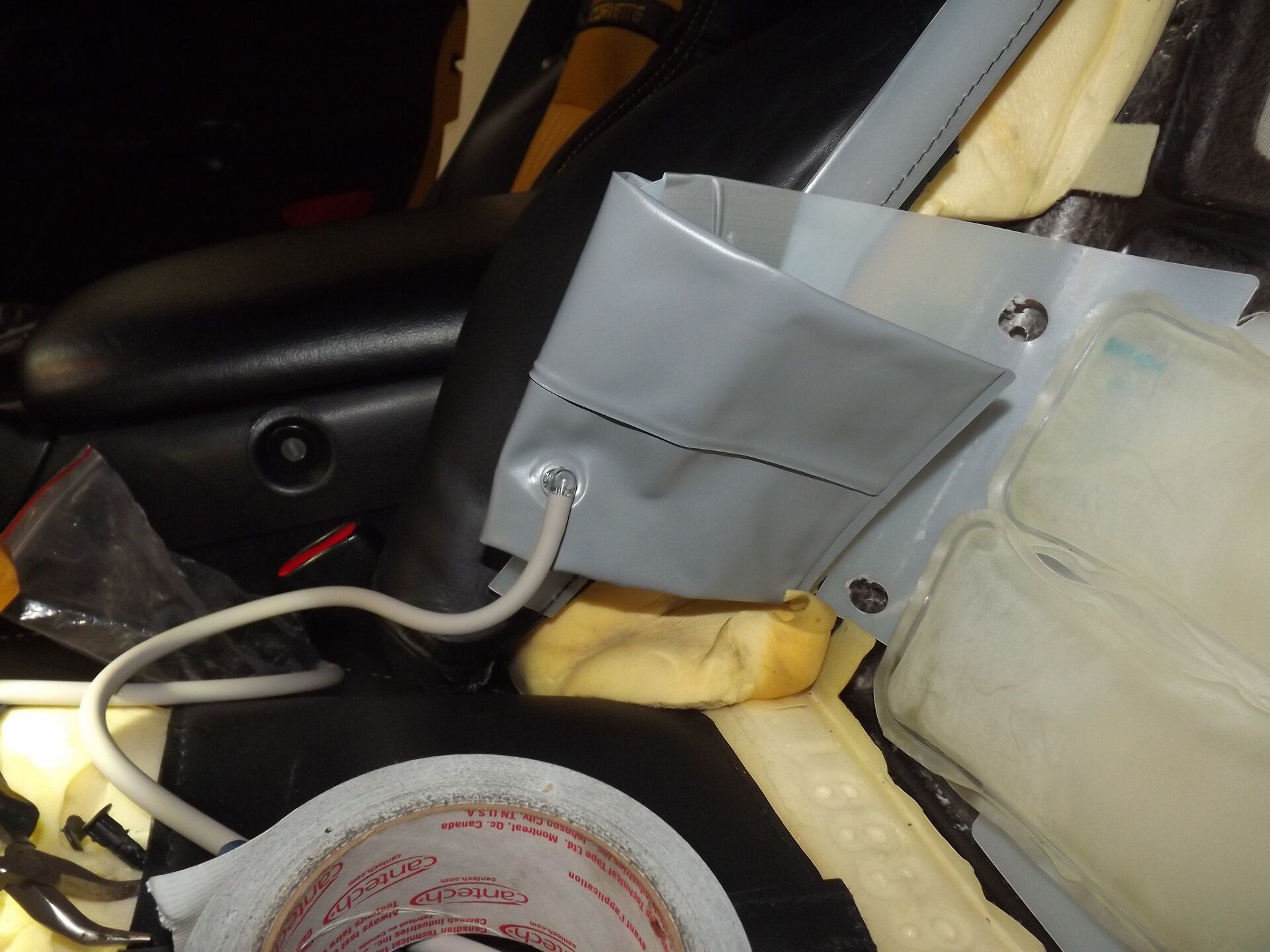 Now slip the wing and bladder back under the foam. 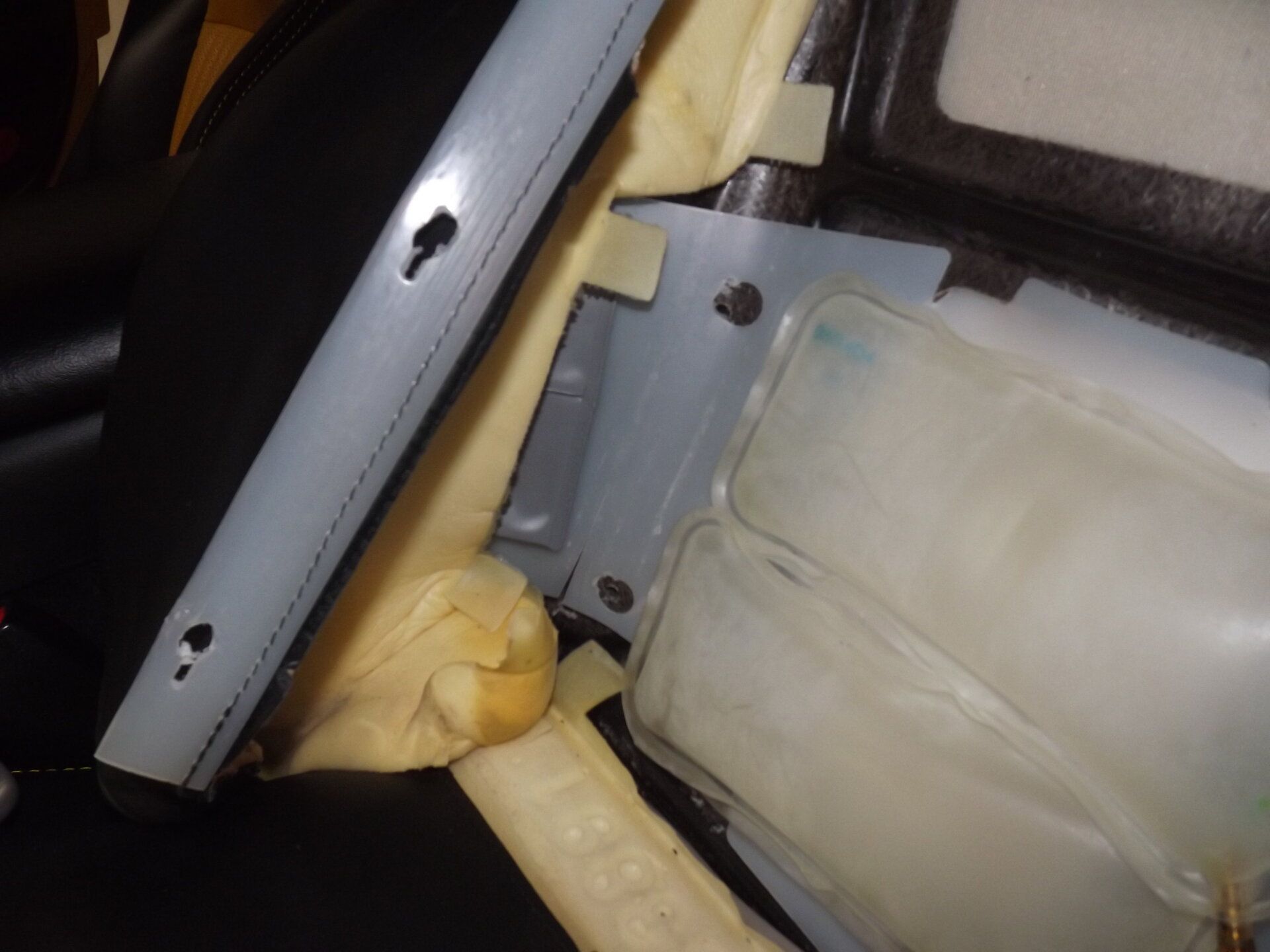 Make sure that the foam is well positioned, and pull the skin back over the foam. Reinsert the clips that secure the skin. 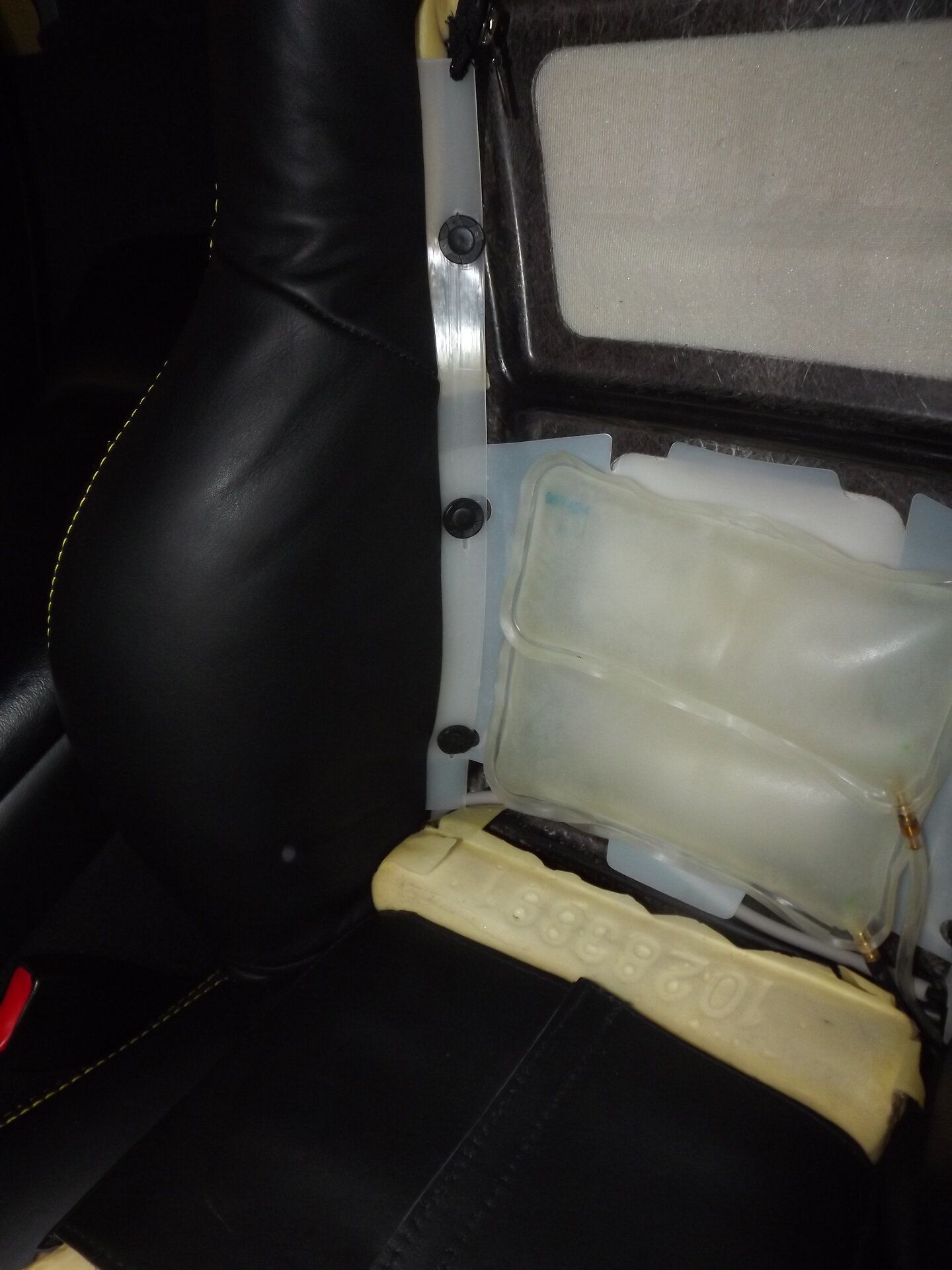 Do a final inspection of the bladder hoses, just to be sure that nothing is pinched, and put the center section of the seat back into place. That's it, you're done. 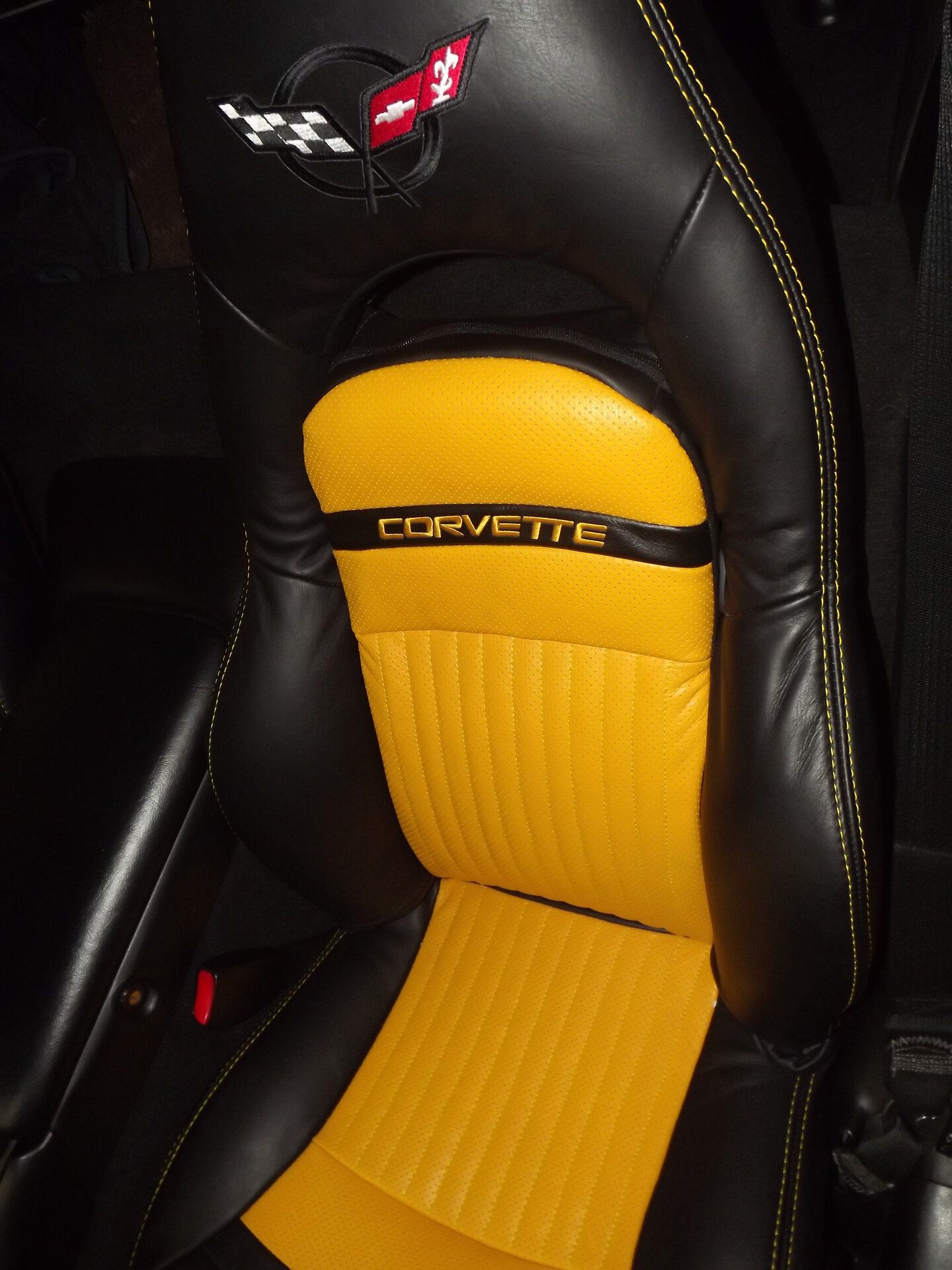 I have to admit... the new bladders are FREAKIN' AMAZING!!! The added surface area makes the bolster inflate much more, and there is literally no lateral wiggle room now. Even when the old bladders were fully inflated, I never got the support I have now.

Total cost for the two bladders - $57.
Total time for both sides - About 3 hours (I took my sweet ass time, but most of it was spent plodding through doing the first one, and some to snap the pictures).
Reactions: theboss, Rruuff Day, ddgermann and 4 others

. But they sale the original bladder online .. in the end good job

Will ride, even when there's nowhere to go!

Great job. Good to know just in case I need to do this on my C5. The right side seat doesn't work, maybe that's the problem. Seeing as i'm never in that seat, i didn't bother to chase down the issue yet. Thanks for the play by play digi2t.

I am impressed.
Expand

"Working together, we can be FAR bigger idiots than any of us could be working alone!"
Reactions: theboss, Bixter44, Rruuff Day and 3 others

Will ride, even when there's nowhere to go!

link9 said:
. But they sale the original bladder online .. in the end good job

Thanks. Yeah, but more than double the price, and I would have to wait for them. With the mail being what it is right now, could take forever. In the end, these give me way more lateral support compared to the original bladders.

Thanks for the compliment... and the belly laugh!
Reactions: Black 03 Z06

Thanks for the play by play. I may need it someday.

Great work, write up and photos.
It's excellent to keep everything working as it was from the factory.
The bladders on my C4 were shot and when I attended Carlisle I had Ernie Koch restore my seats with new foam and surfaces "without" bladders but only because as C4 owners have gotten more generous in proportion the un-inflated setting is already snug and I also hated the switches cut into the bolster.
Reactions: 12cents and Black 03 Z06
Show hidden low quality content