1970 Corvette, convertible, 350ci/300hp, original with matching numbers. 87,000 km (so it says on the speedo). Car looks pretty good, sounds good, I'm having it independently inspected (drivetrain, body, frame, etc) on Tuesday. My main concern is rust (and to what degree) especially on the birdcage.

Both doors have a gap, passenger slightly bigger than the driver's door. Both doors close solid with no issue, and no effort. Solid thud, no play up or down.

From doing a bit of research on the net, I understand this door gap issue is common to some extent on these cars. My question is if it passes the inspection and the birdcage is in good shape, how can I correct the gap(s)? Is there a shop in Montreal that I can rely on to do the job properly?

If it's not detrimental to the operation of the vehicle, I'm willing to live with it, but I think the car deserves better.
Attached pics. 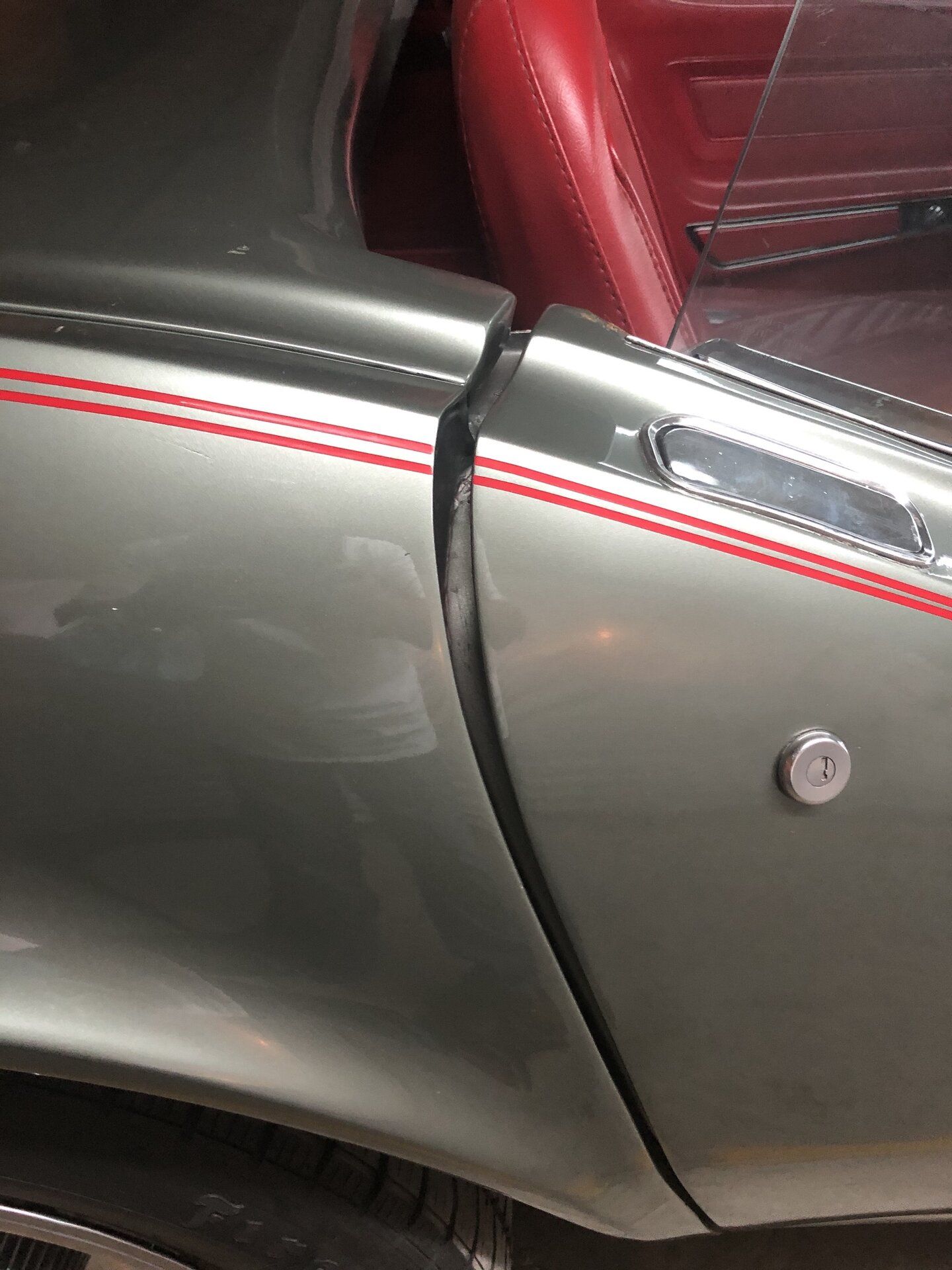 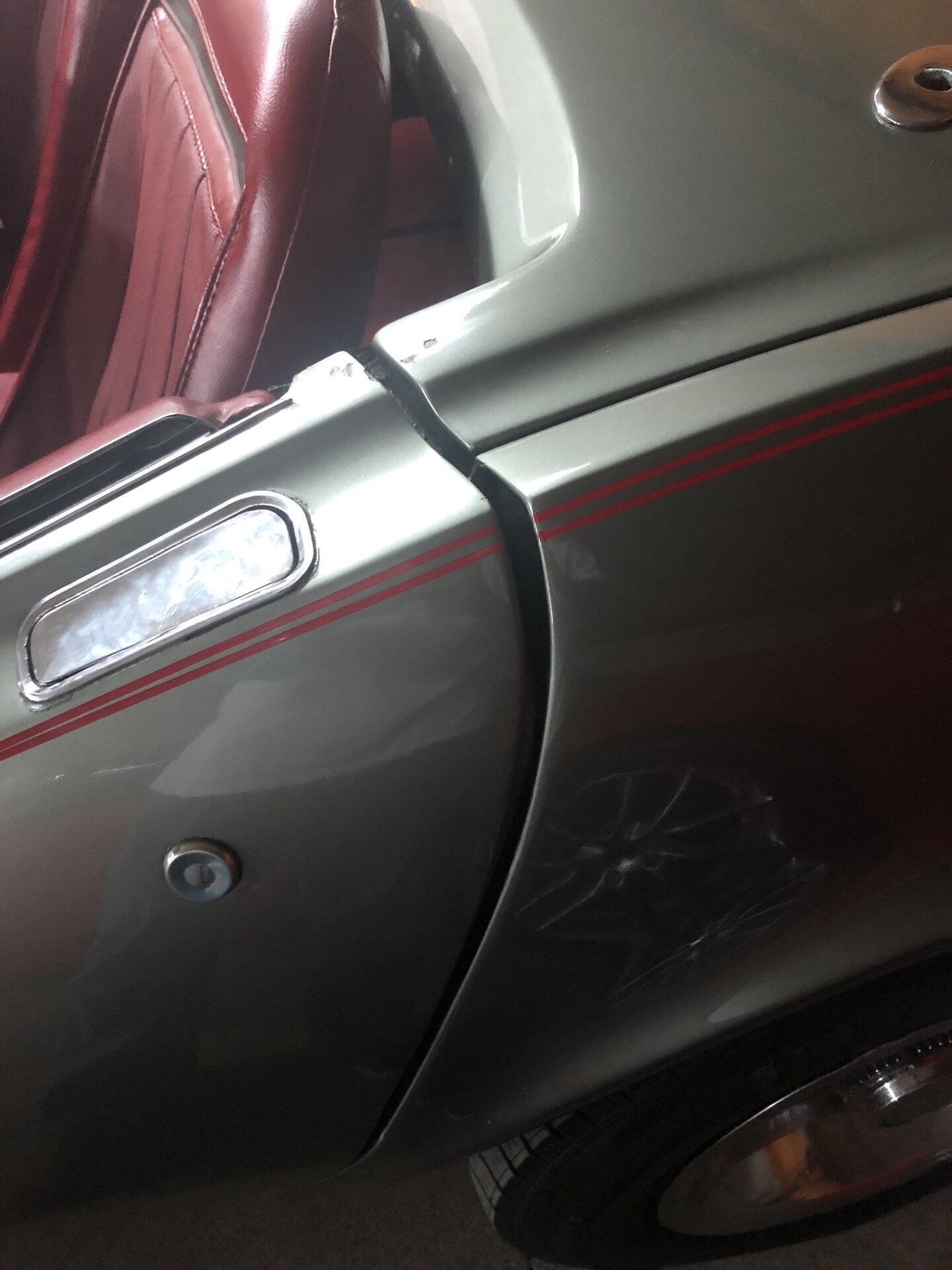 They are adjusted at the hinge but that is a huge gap. I haven’t readjusted my gaps since installing new weather stripping. Get ahold of a local Corvette Club and ask who has C3 experience and should inspect this vette. 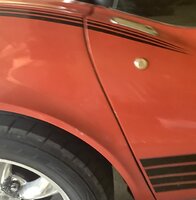 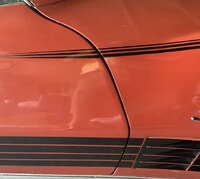 Gaps that big suggest a lot things.
Pics of the other gap, where the door meets the fender would help.
Reactions: Rruuff Day 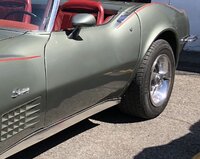 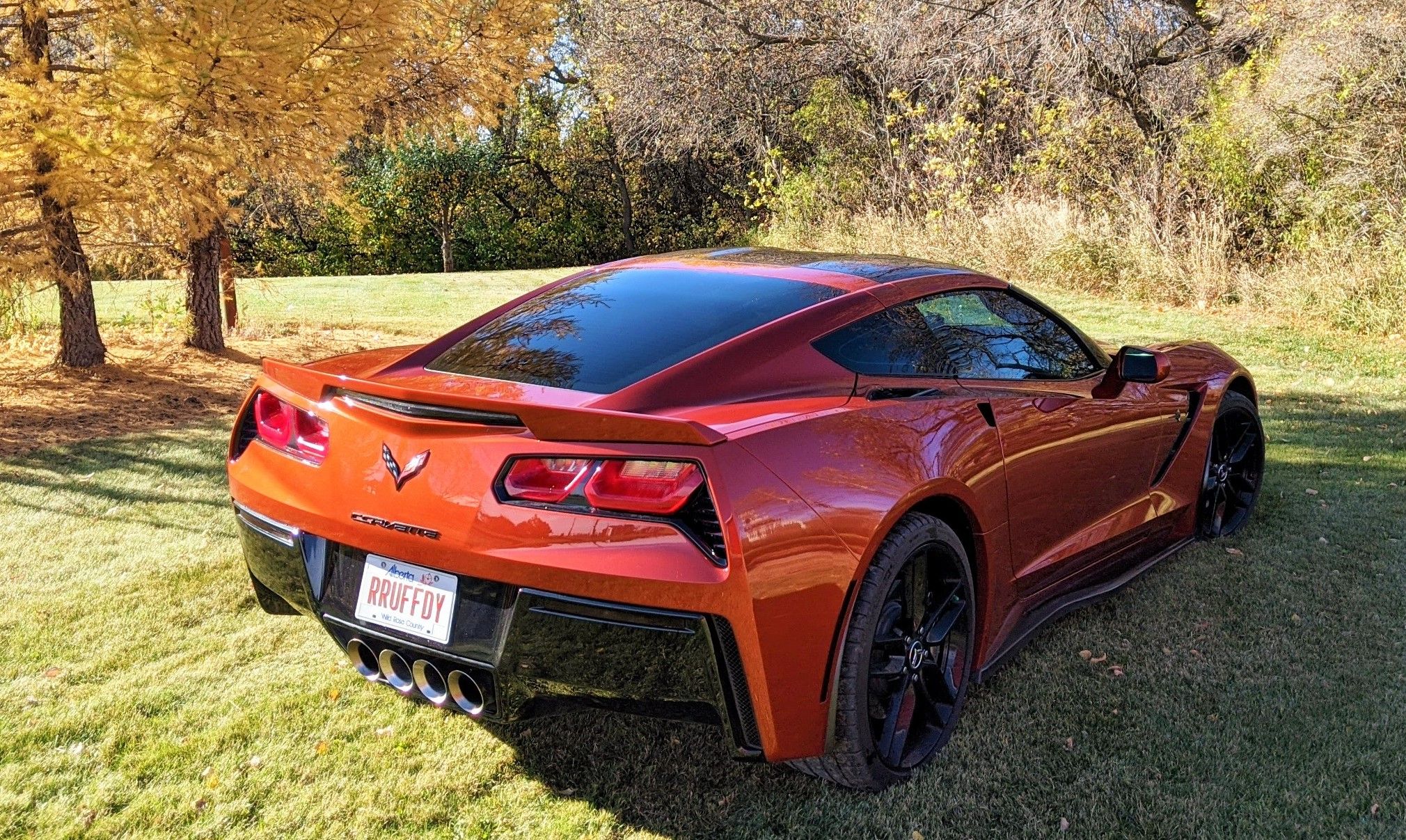 I don't want to be a Donny downer,but check the bird cage and the rear kick-ups on the frame.
Reactions: AxeZ06

I agree....those gaps are huge. and the slight taper (wider at top) makes me worry.

Hope we are wrong. Please report back!

It's being inspected tomorrow. Will let you know the outcome.
Reactions: AxeZ06

Might not be first time around the odometer either so could be 187k miles.

Not a pleasant morning two days ago, here goes ...

So, I show up at the seller's place to pick up the car for a test drive and to bring it to my mechanic for inspection.

Anyhoo, he gives me the keys, I sit down and proceed to wear the seatbelt. I spent ten minutes trying to adjust the slack so I can buckle-up, and he spent close to one hour trying to do the same. No luck. The deadlock wheel had basically fused from the rust and the male buckle would not budge for adjustment.

Tried everything from oil, WD-40, screwdrivers, pliers, no luck. He said he would bring it across the street to the mechanic. I asked him if this was a joke and how in hell did the car pass this part of the provincial inspection!? He said it's ok, you can drive it with no belt. I told him I can't afford a ticket (and demerit points) for not wearing a belt. "True" - he says. What a winner!

The SAAQ provincial inspection report had a couple of errors:
1. Mileage was recorded as 50,000 even !!! and the 'km' box was checked instead of 'mi'. The speedometer is in miles, not kilometers. What was the inspector looking at?

2. The VIN on the SAAQ inspection report (as well as all documentation in the car file) was recorded as XXXXXXX5XXXXXX. No letter to be seen. Turns out the 5 should have been the letter 'S'. All the paperwork, including the vehicle registration was wrong. The inspector, I would only assume, never bothered to actually look at the VIN metal tag on the car but just copied the info from previous documentation (wrong).

I give him back his keys and tell him I wasn't interested in the car anymore.

The mechanic who was supposed to inspect the car (which I never showed up for) said it was not meant to be, things happen for a reason (probably an omen), consider myself lucky and to move on.

Lots of quality cars out there, think you indeed made the right move on this one.
Expand

"Working together, we can be FAR bigger idiots than any of us could be working alone!"
Reactions: AxeZ06

Good move to walk away, even if you are able to do much of the work yourself this old gal sounds like a money pit and a candidate for a resto mod. New tubular frame, suspension, birdcage, Ls, brakes, wheels ... Good luck in your continued search.
Reactions: Black 03 Z06

Well good luck on the search. I am sure you will find a cleaner one to buy. At least now you have a better idea of what to look for.

You did the right thing, there are lots of good corvettes available. Good luck in your search.

Good to see you walked.
I don't think that car saw a jump it didn't like.
Show hidden low quality content